Wat Tham Sua is built in a splendid Thai-Chinese style. Visible from far away, the temple features an impressive Buddha statue and chedi on the top of a hill. The Buddha statue, seated in the posture of giving blessings, is covered with gold mosaic.

The huge chedi, 69 meters high and 29 meters wide, has a staircase inside that leads up to the top. Each level has rows of Buddha statues and multiple windows. Breathtaking photos can be made of the impressive countryside and the river Kwai below.

Wat Tham Khao Pun lies about 4 kms from Kanchanbri town. The Limestone Cave temple is an old temple and has nine rooms, housing statues of Buddha and hinduistic deities. In one of the rooms a lying Buddha, which is very famous to the local people, can be seen

The entrance of Wat Phu Wa is build in Khmer style. Inside the cave, beautiful stalactites can be seen and Buddha statues are enshrined. The cave is well iiluminated and safe to walk on.

A big Buddha statue has been constructed in front as a viewing point.

Wat Metatham Poyan,situated 15 kms from Kanchanaburi is a chinese buddhist temple for meditation and pray for good fortune.

Wat Pai Rong Wua can be seen kilometers away because of a 54 meter high Buddha statue, the largest metal-cast Buddha in the world . Wat Pai Rong Wua is a very bizarre tourist attraction, famous by the Thais but not much known by westerners. It looks more like a surrealistic Disney Park then a Buddhist Temple. Among hundreds of Buddha statues and a lake full of fish waiting to be fed by the visitors, you can find an area showing what Thais expect to be hell. Featuring scenes of torture, performed by demons and various monsters to their victims, Thais come here with their kids to show them what happens to them after death when they do bad deeds.

Muang Sing is an ancient Khmer settlement which was probably built in the 12th Century as a border post at the banks of the Kwai Noi River. The 736,000 square meter site was surrounded by a 5 m high laterite wall where the southern part follows the course of the Kwai Noi River. In the center of the site you will find the remains of the only religious building of the settlement, the Prasat Muang Singh. The ruins of three other buildings are also found on the premises. A museum displays artifacts which where found in the area, such as tools, sculptures, human remains, vessels and jewelry, which date back to the Neolithic period.

Ban Kao National Museum: Located on the bank of the Kwai Noi River approximately 35 kilometers from Kanchanaburi is a site where some ancient Stone Age tools were found. In addition, a Neolithic burial site was discovered. The consequences of findings revealed that tambon Ban Kao was once a dwelling of prehistoric men. The Ban Kao Museum houses skeletal remains, pots, axe heads, jewelry made from animal bones, and other artifacts dating from that period.

Constructed during World War II, the Thailand to Burma railway is also known as the Death Railway. The line was repaired and restored after the war and still runs passenger services from Kanchanaburi to Nam Tok, with the most famous section of the line being the Bridge over the River Kwai. The railway beyond Nam Tok is no longer in service. Take a 70 km ride on train from Kanchanaburi Station to Nam Tok  and visit Sai Yok Noi Waterfall.  Es          pecially during the rainy season from July to October this waterfall will have more water. Sai Yok Noi Waterfall is only 2 kilometers from Nam Tok Train Station.

The Temple of Wang Kanai is located only 8 kms from our Guesthouse. Hot underground water is pumped up from 30 m deep.  The water temperature is around 42° and has been analyzed by Kaset Agicultural University in Kampaeng Saen. Many minerals have been found in the water, so the water of Wat Wang Kanai is believed  to be benefical to the human body.

The water is activating the blood stream system and nourishes the skin. Local people visit this temple for healing.

Every person stays in one’s own hot water tub and the water is drained after each using.

A small market and a Restaurant are located within the temple aerea.

Dan Makham Tia is a small town about 45 kms from Kanchanaburi on the road to Burma. The white temple is located on tha banks of river Kwai Noi, a few kms out of town.

The construction of this temple was only finished last year.

You will agree that it is one of the most beautiful temples in Thailand. 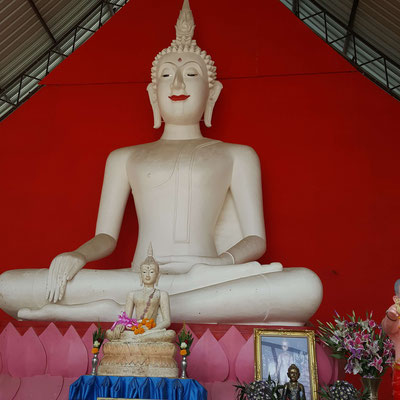 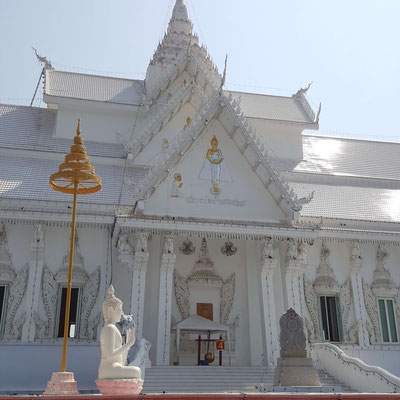 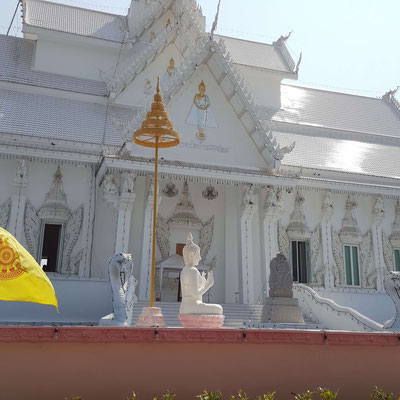 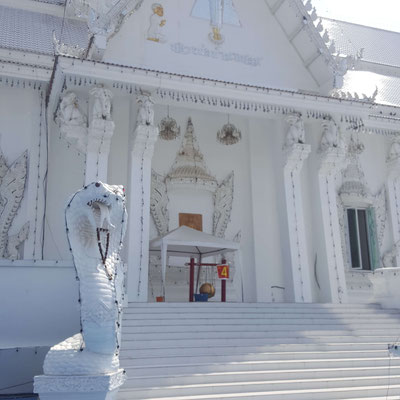 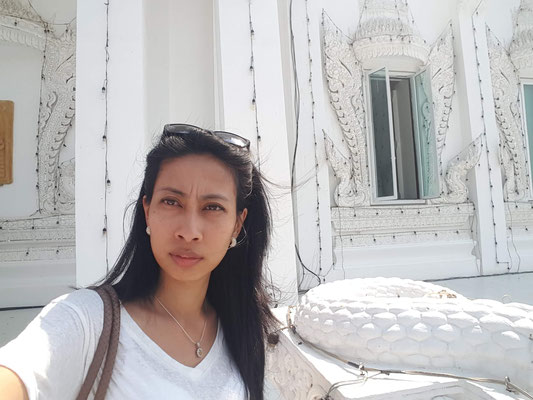 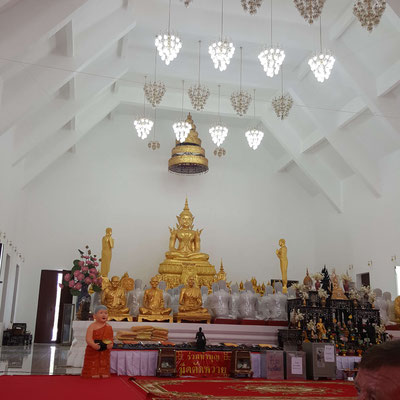 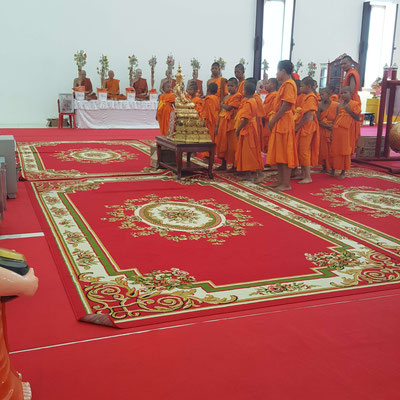 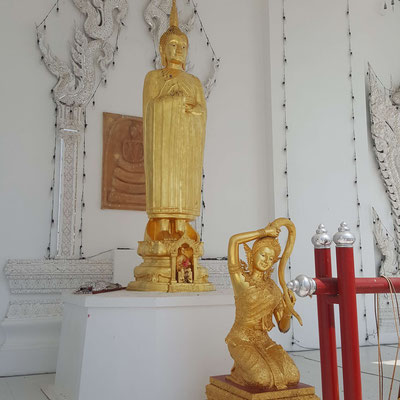 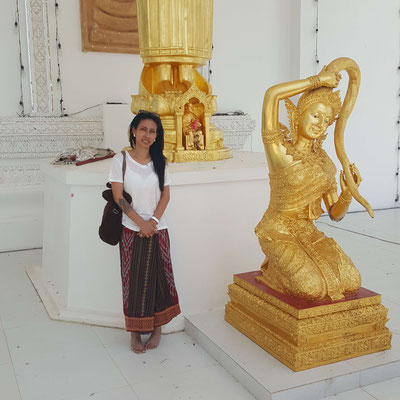 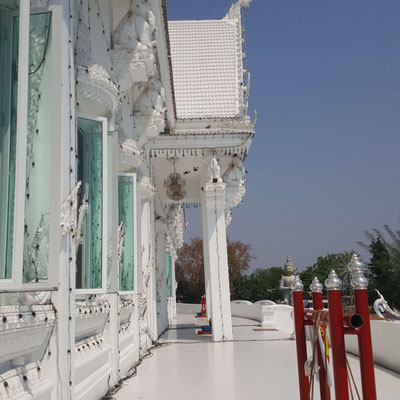 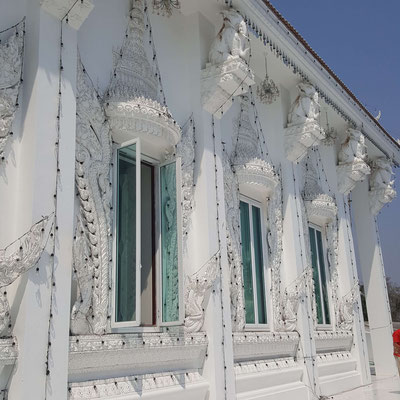 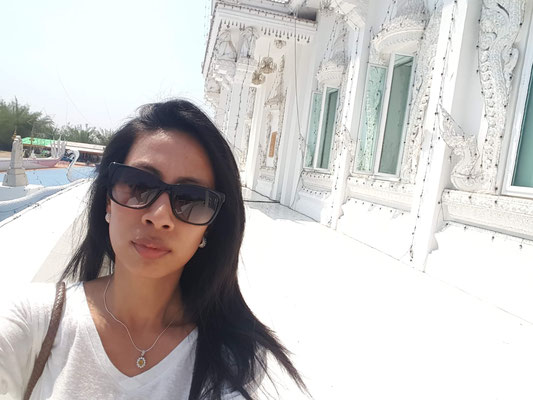 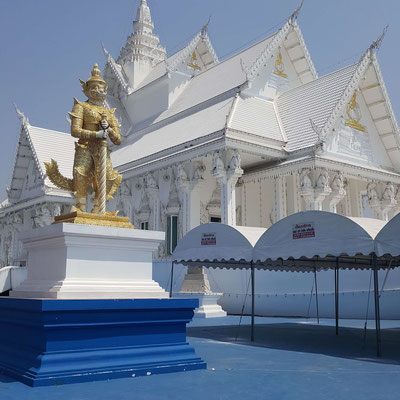 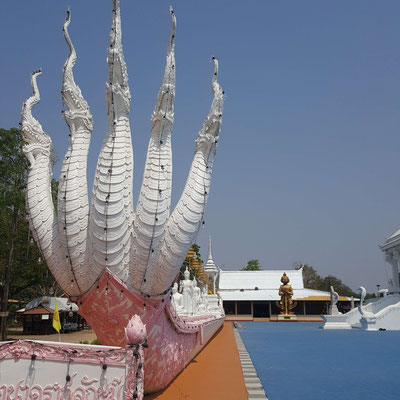 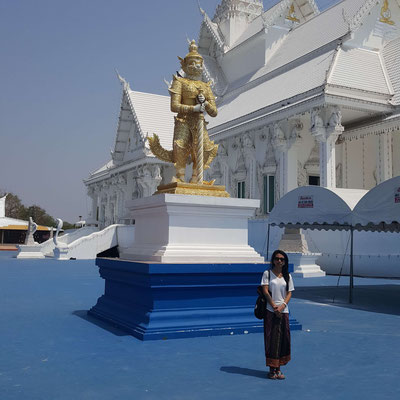 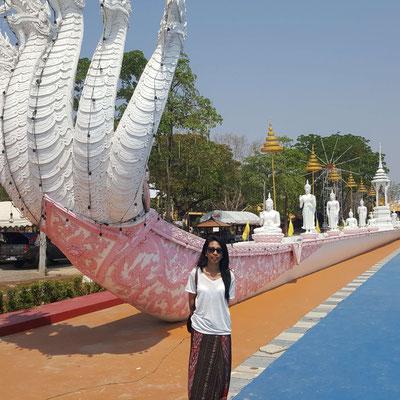 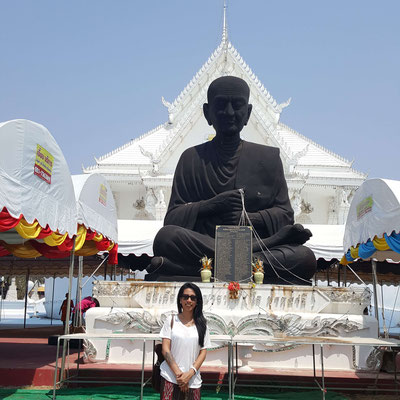 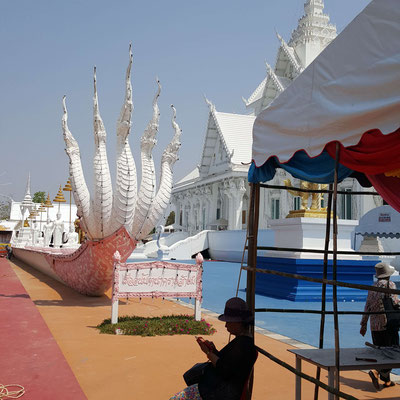 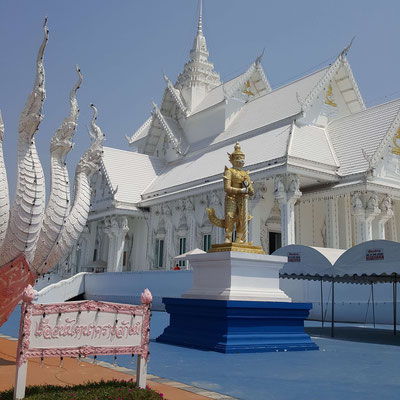 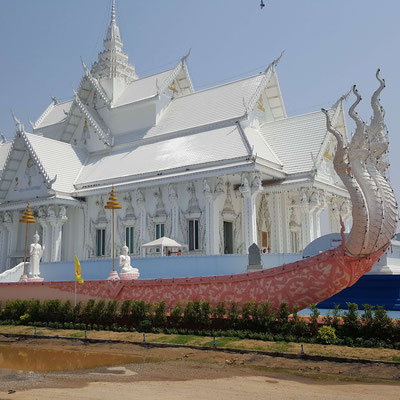 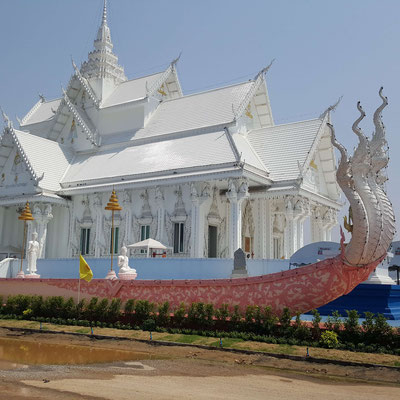